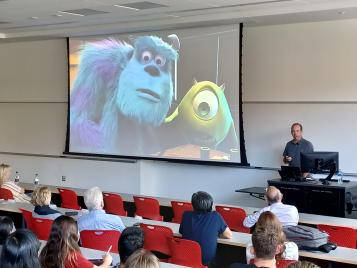 CSE Alumnus Steve May, PhD, ’98, returned to OSU to present in the Dave and Margie Williams Distinguished Lecture Series. During his talk, Steve discussed his path from Ohio State to Pixar, how Pixar fuses art and engineering to create Academy Award winning films, and Pixar’s latest, groundbreaking innovations.

May's tenure at Pixar Animation Studios spans more than 24 years, where he is currently Chief Technology Officer. In this role, he supports all technology at the studio, including software R&D, information systems, RenderMan, and the development of visual effects tools and processes for each film. He started as technical director on Toy Story 2. For Pixar's next film MONSTERS, INC. he helped to pioneer fur technology and overall look for the character Sullivan. He went on to work as a supervising technical director for FINDING NEMO, CARS, UP and BRAVE. 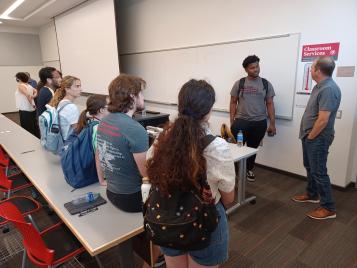 Prior to Pixar, Steve was a member of the research faculty at The Ohio State University.