All dates for this event occur in the past. 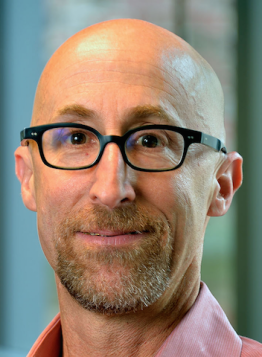 The words and images people post on social media such as Twitter and Facebook provide a rich, if imperfect, view of who they are and what they care about.  We analyze tens of millions of Facebook posts and tens of billions of tweets to study variation in language use with age, gender, personality, and mental and physical well-being.  Word clouds visually illustrate the big five personality traits (e.g., "What is it like to be neurotic?"), while correlations between language use and county-level health data suggest connections between health and happiness, including potential psychological causes of heart disease.  Similar analyses are increasingly being used for applications ranging from job candidate screening to targeted marketing.

Bio: Dr. Lyle Ungar is a Professor of Computer and Information Science at the University of Pennsylvania, where he also holds appointments in multiple departments in the Schools of Business, Medicine, Arts and Sciences, and Engineering and Applied Science.  Lyle received a B.S. from Stanford University and a Ph.D. from M.I.T.  He has published over 250 articles, supervised two dozen PhD students, and is co-inventor on ten patents.  His current research focuses on developing scalable machine learning methods for data mining and text mining, including deep learning methods for NLP, and analysis of social media to better understand the drivers of physical and mental well-being.